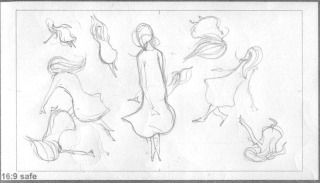 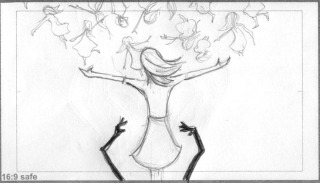 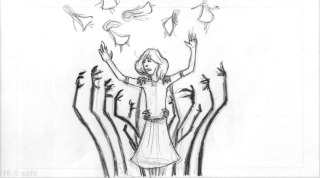 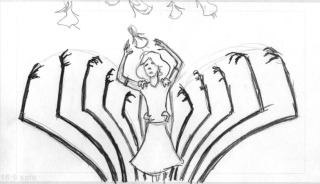 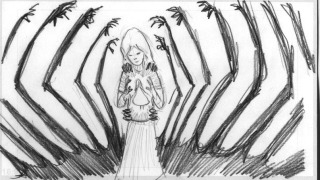 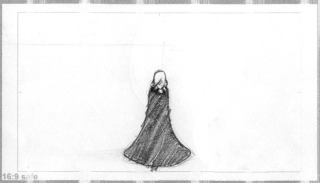 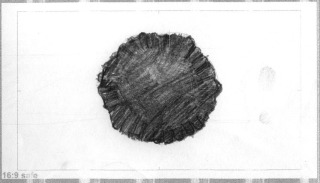 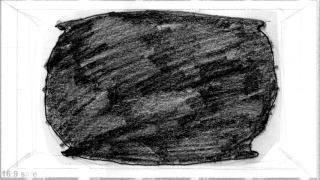 The Melancholic Wife has escaped the sound waves of remembered shame into a new space in her memory. Ghosts of her teenage self appear above her, expressing freedom and joy. She spreads her arms in an attempt to embrace them, to embrace herself. But the shadow of her shame is still with her. It rises, pulling her back down into the depths of her despair. The Melancholic Wife reaches out and grasps one of the ghosts, taking it with her as she is consumed. The shadow grows, submerging not only her but the entire screen.