Through my research into the essay film form I found examinations of the animated motion picture Waltz with Bashir and I decided to use it as an example to illustrate the essay topic.

Waltz with Bashir was made by the Israeli filmmaker Ari Folman. It recounts an investigation into his experiences during the First Lebanon War in 1982 through interviews with nine friends and is described by Corrigan as taking the form of an editorial essay.
As it attempts to explore the complexities of memory and the undertaking of a personal psychological journey through the protagonists experiences I feel it could be a valuable example to compare and contrast with my own film. It takes the examination of the experiences from a subjective viewpoint, trying as much as possible to stay conscious that they are telling the story from their own point of view and not trying to give a definitive account that would override the lived experiences of others. The story also exists in comic book form like my own film which I feel offers up opportunities to examine an ongoing dialogue of the issues the film raises. It resists an attempt to end the conversation, instead hopefully offering up new avenues to discuss the real life occurrences and themes explored. 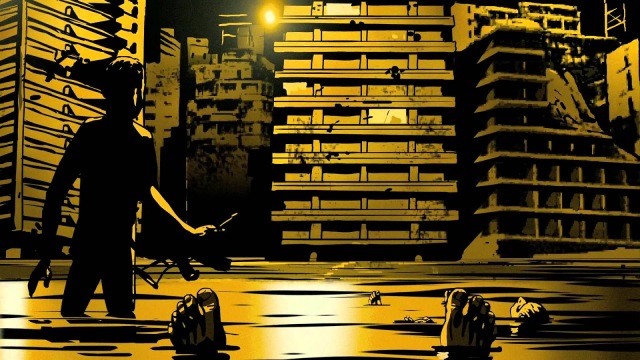