The source material for my film comes from a comic that I co-created with my partner, artist Sadhbh Lawlor. It’s from a series called The Melancholic Wife and her Perpetrating Husband, Sadhbh wrote the stories for the series and I illustrated them. Briefly, the artistic aim of the series is to explore narratives in a short story form and examine the use/misuse of simplistic labels to try describe the complexity of a whole person. There was a conscious decision made to not show either of the main characters faces in the comic so that the reader was encountering them through the words of the narrative, the label that is their names and the actions of the characters in response to situations.

The Melancholic Wife has been the focus of four episodes of the series. 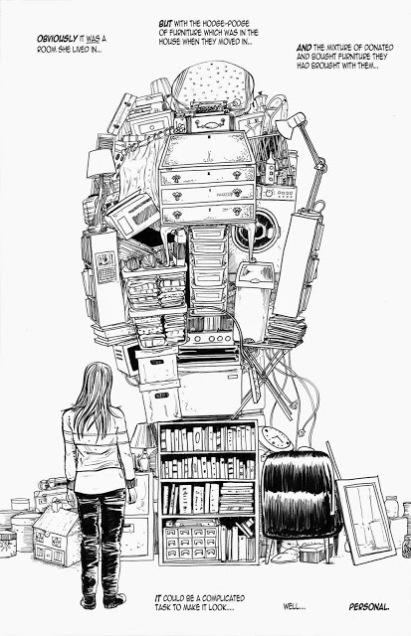 This is her first appearance in episode one. 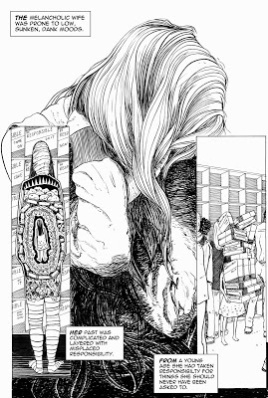 An appearance in episode six, a Perpetrating Husband story.